Microsoft Access debuted in 1992 and recently celebrated its 25th Anniversary! Over the decades, Microsoft Access evolved with a large number of enhancements, database formats, features both new and old. and discontinued features.

It’s hard to remember all the changes. Fortunately, we created a comparison matrix that shows the different Microsoft Access versions and changes. See when versions were released, their latest service packs, database formats, linked tables, field types, security features, Windows Operating Systems, and many other features both new and old. 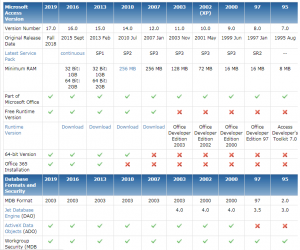 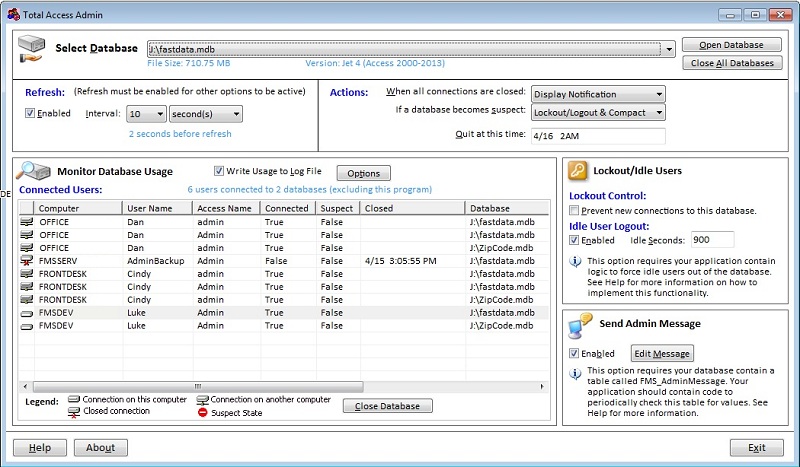 This past Tuesday night, Microsoft released a security patch. On Wednesday morning, we and some of our customers encountered problems with connectivity that were quite unusual and different from past security updates. The update required servers to reboot which triggered some issues, but manageable. What was particularly troubling were multiple reports of problems with PCs using Windows 8.1.

The PCs could still connect to the network and see all the network resources, but they could not get on the Internet. Using different logins including Administrator logins didn’t make a difference. Other PCs using Windows 7 or older O/S were able to connect successfully even with the same cable as the Windows 8.1 PCs that couldn’t connect.

What Could be Wrong?

We struggled trying to see if there were issues with:

We couldn’t determine the problem or find a solution. Since the user could log into the network, permissions seemed sufficient.

From the Windows command prompt (Run cmd), we used the ipconfig command with the release and renew command lines to see if that would reset the IP address, but that didn’t make a difference either:

Finally, I posted a message to the Microsoft Access MVP group, which I’m honored to be a part of. Long time colleague, Tom Wickerath suggested flushing the DNS (Domain Name System) cache by using:

Well, it worked! We may never know whether the problem was caused by the Windows security patch or if it was just a coincidence. Regardless, the flushdns command reset the PCs that were affected by this problem.

Thanks for sharing your insight Tom!